From the U.S. Senate Staff to the South Pacific

I first thought of visiting the South Seas when I was growing up and read a National Geographic article about Tahiti. The photos of soaring green mountains dropping into blue lagoons were a bit grainy by today's standards, but they were enough to launch my lifetime love affair with these marvelous islands. Two decades elapsed, however, before I consummated my relationship with the South Pacific. First I matriculated at the University of North Carolina at Chapel Hill (I was named the outstanding male journalism graduate in that more chauvinistic era); served as a naval officer (I asked for the Pacific, but instead of Fiji they sent me and my ship to the vicinity of Vietnam); and won a few awards as a reporter for the Atlanta Journal, which dispatched me to Washington to cover the U.S. Congress and Supreme Court.

I put my journalism career on hold in 1970 to work for U.S. Senator Sam J. Ervin, Jr., of North Carolina and later for Senator Sam Nunn of Georgia, two of the finest human beings I have every known. It was an honor and privilege to write under those two pseudonyms! In addition to having a miniscule role in kicking Richard M. Nixon out of Washington when Senator Ervin served as chairman of the Watergate Committee, I earned a law degree from George Washington University. I love that phrase, "Recovering Lawyer." 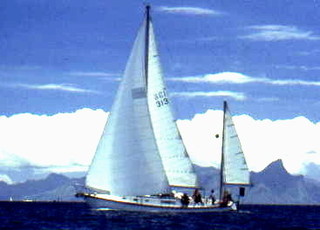 And I bought half a sailboat, which became my ticket to Tahiti. Not my first boat, but Felicity, a 41-foot yawl my friend Paul Woodard and I purchased with the intention of sailing around the world. We managed not to kill each other before reaching Tahiti in 1977, where I left Felicity in Paul's capable hands. A girlfriend and I stayed in French Polynesia until the gendarmes insisted we depart, then backpacked through American Samoa, Samoa, Tonga, Fiji, New Zealand, Australia, Southeast Asia, India, and Europe on a most enjoyable version of our own circumnavigation. After living most of 1984 in Hawaii, I devised a plan to return to paradise without paying for it—or so I thought—by writing Frommer's South Pacific. Paul Pasmantier, Arthur Frommer's brother-in-law who was then publisher of the guidebooks, bought the idea. I spent a year researching and writing the first edition in 1986-87 and have religiously revised and updated 10 more editions since then. My eleventh edition was published in 2008. In 2006 we published the first edition of Frommer's Tahiti & French Polynesia, and in 2008 we brought out the new Frommer's Fiji. I added Frommer's Virginia to my list of credits in the 1990s, and for several years I was co-author of Frommer's Florida.

"To Bill Goodwin, "With deep gratitude for his fine assistance to me as counsel on the Senate Subcommittee on Separation of Powers and the Senate Committee on Government Operations." Sam J. Ervin Jr. U.S. Senator North Carolina Dec. 19, 1974 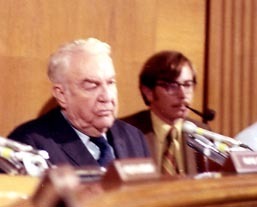 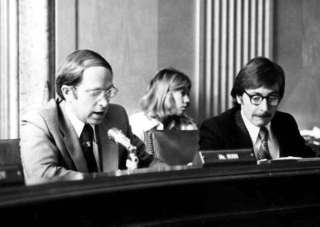 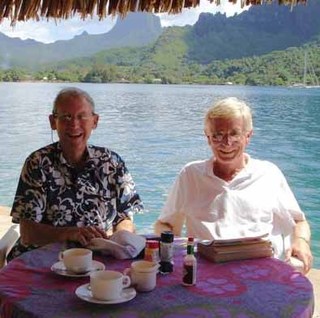 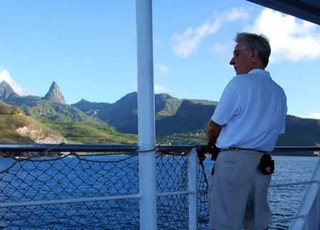 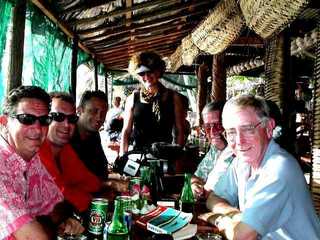 Killing a Sunday with friends David Hunt, Maggie Kerrigan and the late Dick Beaulieu on Pangiamotu islet off Nuku'alofa in Tonga 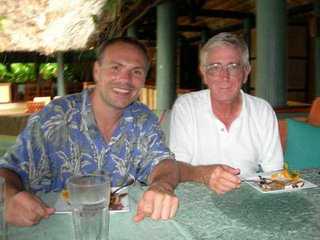 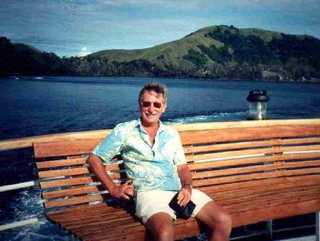 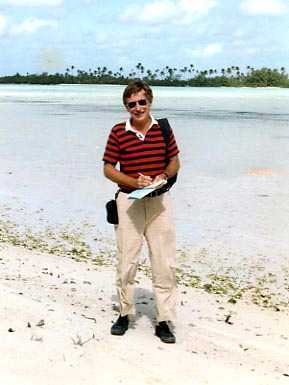 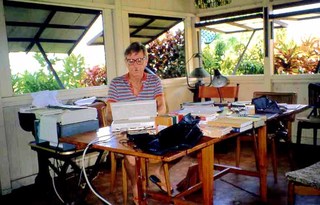 Working in paradise on Moorea
Back to top 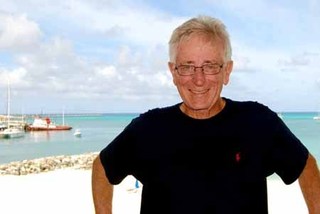 Taking it easy on St. Martin in the Caribbean (photo by Muriel Weber)

Text and photos © 2019 by Bill Goodwin. All rights reserved.